The origins of Kilpatrick’s Publick House can be traced to the legend of an Irish gent named Breandan Kilpatrick who was born to a wealthy family in Baronscourt, Ireland sometime in the late 19th century. Breandan grew up in the midst of social prestige and refinement, but his heart longed for adventure. He dreamed of going to America and becoming a famous actor of silent film. 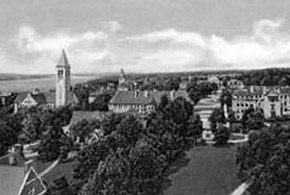 Kilpatrick had learned that Ithaca, New York was the center of the silent film industry, so he sought and gained his parent’s financial blessing in order to set sail for American shores. Breandan Kilpatrick left Dublin on board a sailing vessel to New York City. Though the journey was long and tumultuous, he finally found his way to Ithaca, home of Wharton Studio. 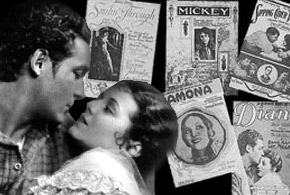 Wharton and Renwick Studios dominated the silent film industry, making Ithaca the “Hollywood of the East.” Kilpatrick began auditioning for small roles in silent films and became a regular face around Wharton Studio. He enmeshed himself in the industry and quickly discovered that fame was a tempting, yet empty prize. This discovery was not terribly discouraging to Kilpatrick as his passion for the art of acting was genuine and his fondness for the folks of the industry, heartfelt.

Kilpatrick realized that if he opened a publick house, he could have the best of both worlds! With the remainder of his money, he opened Kilpatrick’s, where he began writing and performing in his own one-act shows. Word spread rapidly throughout Ithaca that Kilpatrick’s was the place to be if you wanted great food, hearty drinks, and a lively entertaining atmosphere. 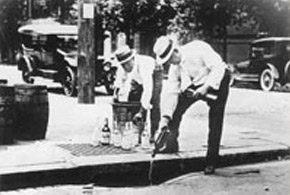 The pub became a highlight in Ithaca to travelers from all over but the Prohibition forced Kilpatick’s to close it’s doors. 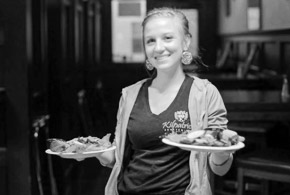 Kilpatrick’s carries on the tradition of serving excellence wrapped in an enjoyable time. We, the newest generation of the Kilpatrick heritage, strive to maintain Breandan Kilpatrick’s worthy reputation with a thousand welcomes awaiting all who pass through our doors.

Kilpatrick's Publick House
3.0
Based on 77 Reviews